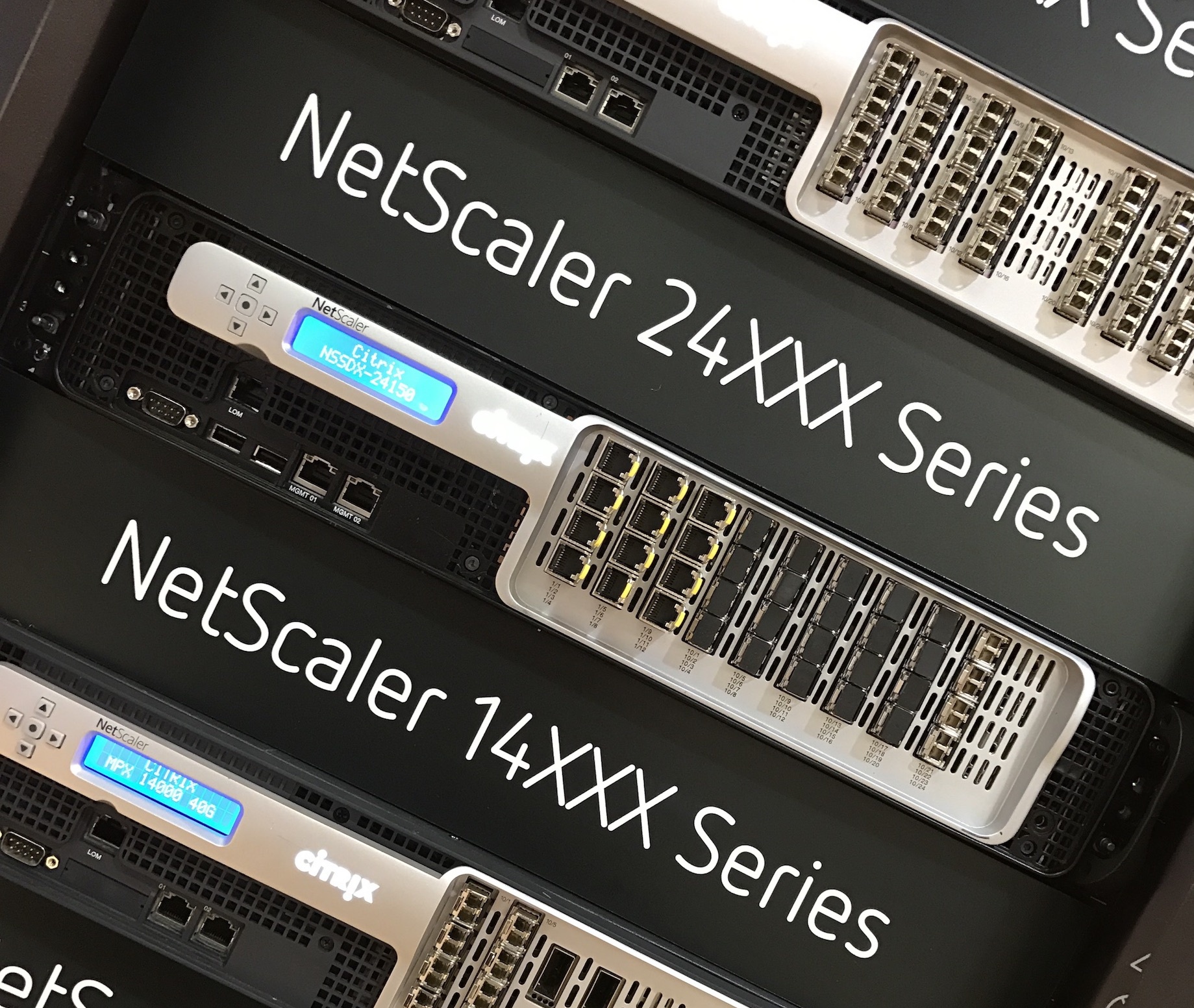 As Citrix enters a new phase in its history, we’re really pleased to hear NetScaler returns to replace Citrix ADC, not just as a brand, but a stand alone business unit that will be free to make its own decisions, which is a really, really good thing. Our CTO Al Taylor shares thoughts on why…

Say ‘NetScaler’ to anyone who works in cloud service delivery and you get a nod of appreciation, even from the people who don’t know what it actually does.

Those who know the cloudDNA story know that we were founded on the concept that we were going to become a centre of excellence for all things Citrix NetScaler. Why? Because it was one of those black box pieces of the infrastructure that was hugely powerful but often massively underutilised or misunderstood.

We knew that in the right hands, they literally made the internet happen, and cloudDNA was incorporated a decade ago to help spread the word.

Born in 1998, NetScaler came to market to help the dot coms boom. Those early global web monsters were growing exponentially and the challenges of scaling infrastructure to meet the demand started to materialise. When another silicon valley start-up called nVidia recognised the potential of the platform and became customer number 1, the rest was history. 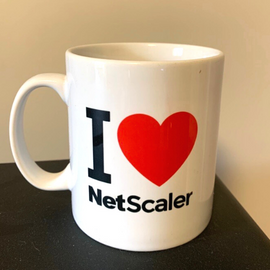 We used to speak about how NetScaler was touching around 75% of internet users on a daily basis which sounded like a lot when I started working with this Pandora’s Box in 2007, but with a customer base that by then included Google, YouTube, Amazon, Apple and literally thousands of websites, it certainly sounded feasible. NetScaler had mystical powers, it made significant problems go away, it had cult status with Jason Poole & Michael Aldridge‘s Masterclasses and our own I❤️NetScaler community which, if you were really lucky, included one of ‘the’ NetScaler coffee mugs.

The rebrand of NetScaler to Citrix ADC

For reasons that will go down in the Citrix history books, a decision was made to rebrand all products with some commonality. We heard whispers in late 2017 that NetScaler was going to be canned and rebranded ‘Citrix ADC’. I was hopeful it wouldn’t happen but when the partner after-party at Citrix Summit in California in Jan 2018 gave attendees the opportunity to customise their own trucker cap, an un-named member of the product team was spotted with a reference to the new naming convention on their head. That fate was sealed, NetScaler was history.

Citrix ADC, and the App Delivery Manager (ADM) that goes with it, have continued to innovate – they are awesome products but it’s fair to say the community spirt around a name as sterile as ‘Citrix ADC’ was always going to be challenging to maintain. True to form, 90% of people I speak to outside of Citrix still call it NetScaler, so as far as the community is concerned, it never really went away – and anyway, my social accounts are all still @NetScalerTaylor because @CitrixADCTaylor sounds rubbish! 😀

Fast forward to today and we learn the next chapter in the Citrix story breaks the networking portfolio away from the core business, and in an effort to de-couple from what happens next following the TIBCO integration. Citrix ADC is rebranded back to NetScaler and the networking product set gets a streamline before being spun off to become its own business unit, all be it still working closely with the wider Citrix teams. Is this a good thing? I think it is, yes.

Rather than live in the shadow of the wider Citrix portfolio, a stand alone NetScaler business can make it’s own decisions around product direction, ultimately to enhance it’s appeal to existing customers and develop compelling offers for new and emerging markets.

Of course, the product team have been developing the platform continually but when ever we spoke at PTEC or one of the US events, I got the impression that they wanted to do more, to be more innovative, more disruptive and deliver more value to the customer base – you could tell there was always a bit of internal corporate friction that took sparkle out of their eye…

An industry colleague this week observed that’s already changing, and while there may be some very familiar names under the watchful guise of industry legend Abhilash Verma embarking on the next phase of the journey, there’s definitely a new mentality at NetScaler – they are talking and behaving like a start up – and that’s when the magic happens.

So what can we expect from NetScaler 2.0?

NetScaler will remain appealing to two distinct groups – IT teams that use the platform to secure and optimise services published to their colleagues in the traditional ‘enterprise’ and secondly, those organisations who develop and deliver apps and services that want to reduce friction between their Dev and Ops teams.

We know that NetScaler will continue to be a central component of a secure network so it’s likely we’ll see more enhancements for secure access scenarios, Web App Firewall, API gateway and Bot protections – all very relevant in our hybrid service delivery models.

For me though, the most interesting potential comes from the basic foundation of how a NetScaler works. It intrinsically understands what is happening from the DNS query to the backend server and literally everything in between, so it provides unrivalled visibility of the end to end user experience. Using this information both within the NetScaler system or exporting this knowledge to a wider ecosystem of supporting products and technologies is where things get really clever. It opens the door to more advanced automation for everything from auto-scaling infrastructure to self healing networks that recognise where things have gone wrong and take actions to avoid the issue causing service disruption and most likely, a whole bunch of stuff that hasn’t been invented yet. 🙂

Welcome back NetScaler, looks like things are going to get very interesting again.

Check out our NetScaler FAQs 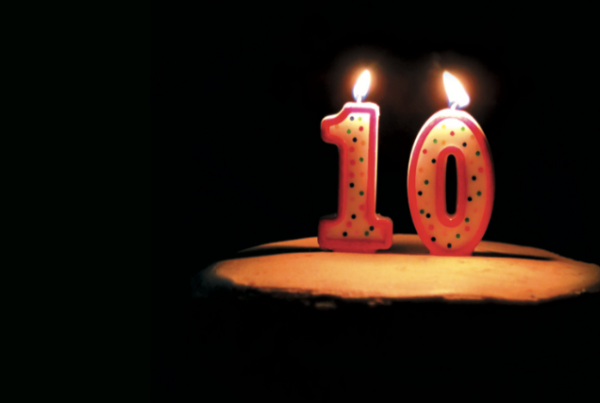 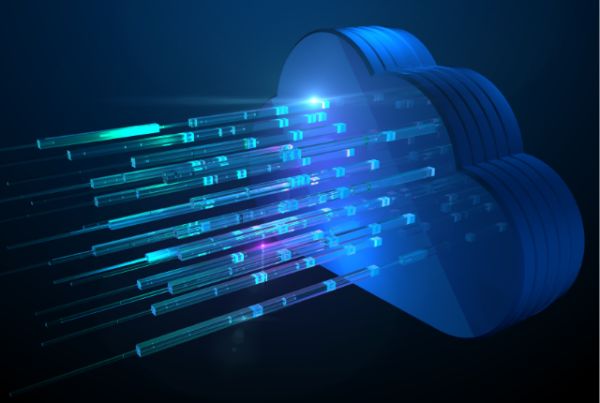 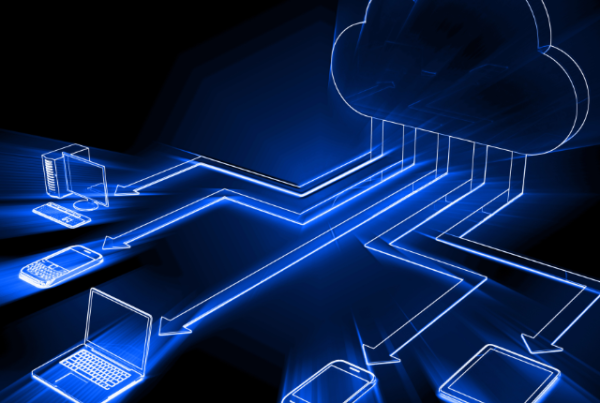